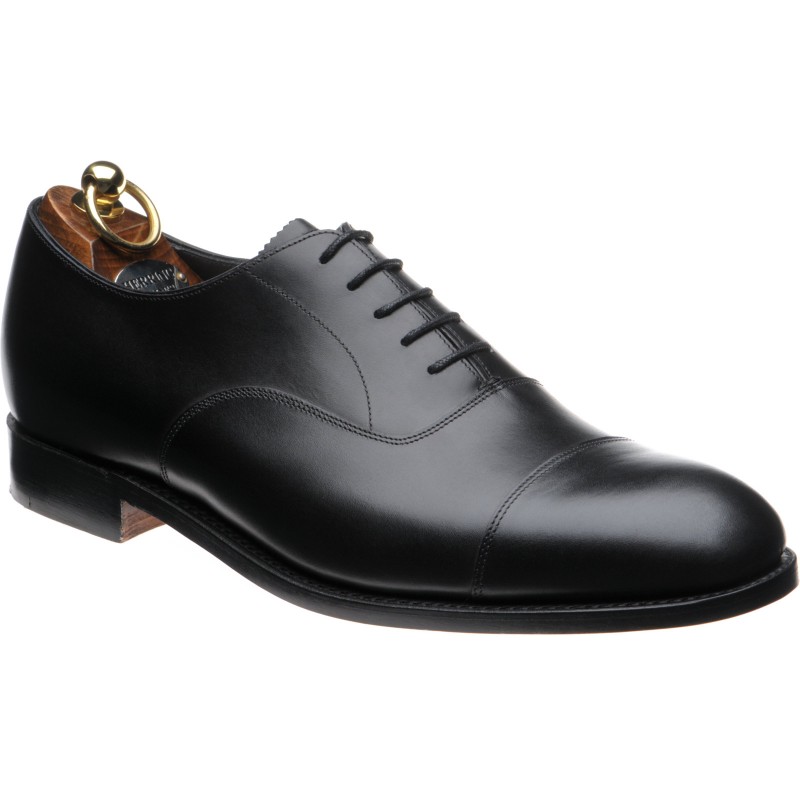 Oxford shoes are arguably the most popular formal shoes for men. You will see them being worn by businessmen in suits. You will see them at weddings, funerals, and other social gatherings featuring formal wear. Oxfords are even worn in casual business settings due to their versatility in style, colour, and material choices.

View All Our Oxford Shoes

If you only have one pair of shoes to wear with a suit or other smart or formal wear, the Oxford is the perfect choice. These shoes never go out of style, and a good quality pair will last for many years.

So where did the Oxford come from? More importantly, what makes an Oxford shoe unique? Suffice to say that there is a lot more to Oxfords than many people realise.

What Is An Oxford Shoe?

A lot of people mistakenly believe that the Oxford shoe is defined by a toe cap. This is understandable given the fact that the term 'Oxford' is used interchangeably to describe a variety of different shoes. Nonetheless, the reality is that Oxford shoes are so designated by their lacing.

An Oxford shoe is one in which the eyelets are fastened on the underside of the vamp instead of on top. This gives the appearance that there really are no eyelets at all. What you see from the top of the shoe are the holes through which the laces pass. This creates a classic and elegant look uninterrupted by small, metal rings. If a shoe has a simple slit in the top of the shoe, with eyelets either side that pull together with laces, then you can call it an Oxford. 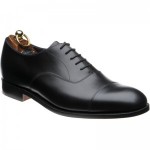 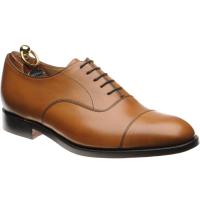 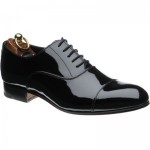 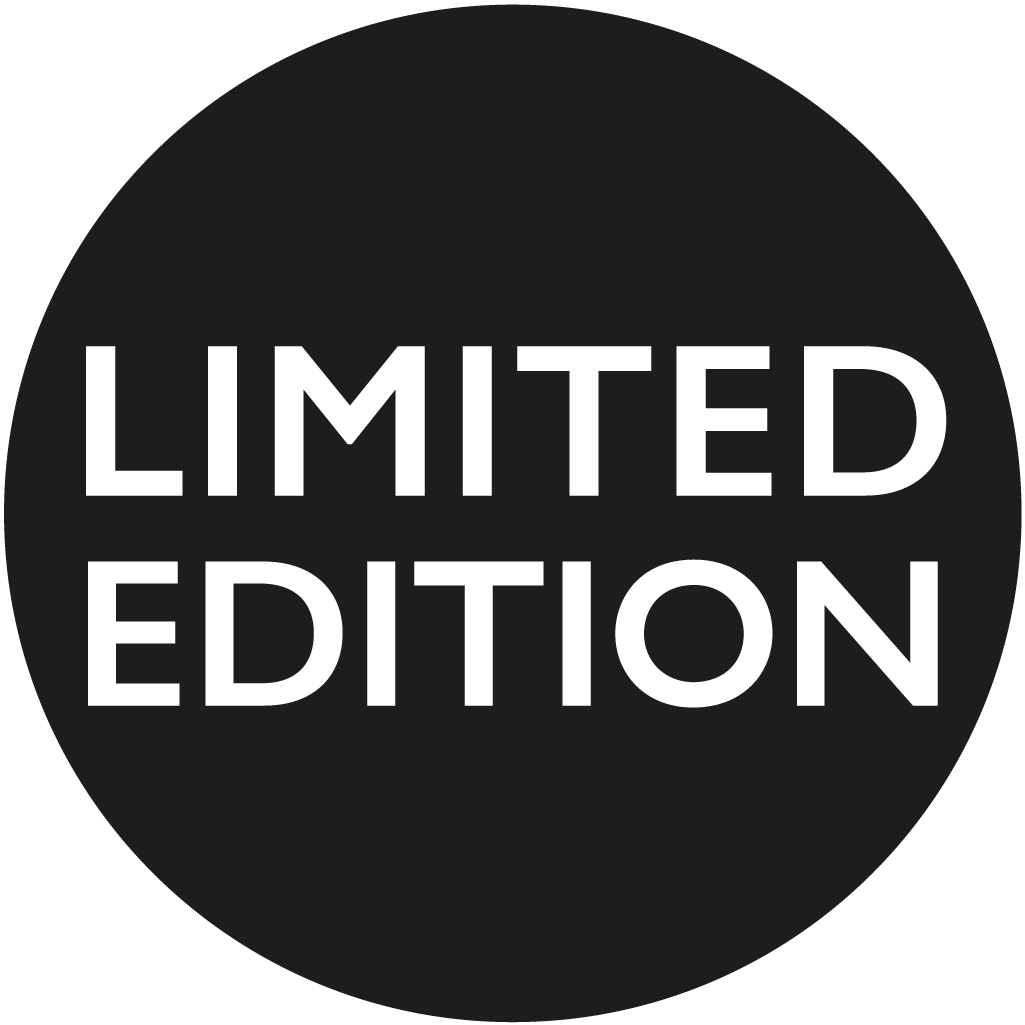 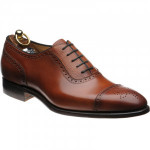 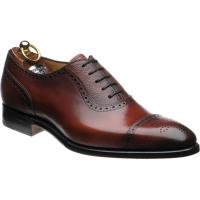 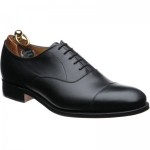 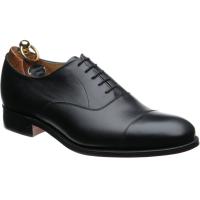 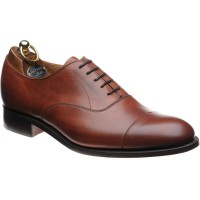 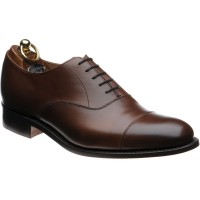 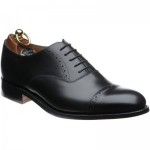 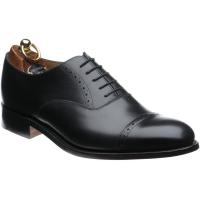 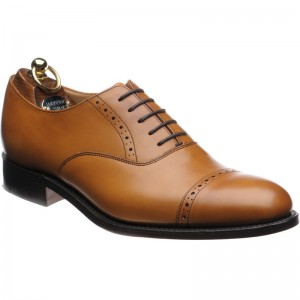 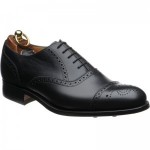 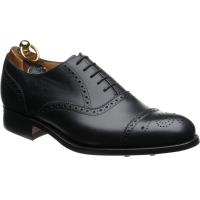 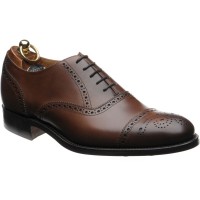 Because Oxfords are designated by their lacing, it is possible to design them as toe-capped shoes, wholecut shoes, brogues, saddles, and even spectators. The Oxford designation has nothing to do with cut or construction. It is a style which signifies where eyelets are attached in relation to the vamp.

Although no one has officially documented the origins of the Oxford shoe, it is generally accepted that they first began appearing in Scotland and Ireland a couple of hundred years ago. It is believed they were once called Balmorals in reference to Balmoral Castle in Aberdeenshire.

As for the Oxford name, it is believed to have originated at Oxford University where men used to wear side-slit boots known as Oxonian boots. These can be either ankle or knee-high boots that were cut slightly smaller than the foot, requiring the open side just to get them on.

The side slit eventually migrated to the instep in order to facilitate boots that did not go as high as the ankle, let alone the knee. These shorter boots were laced in the fashion we now know as the Oxford style and eventually evolved into the formal shoes that bear the Oxford name today.

The closed lacing of the Oxford shoe makes it a very elegant looking shoe that works well in a variety of formal environments. Over the years, shoemakers have adapted the Oxford to create quite a few variations. Here are just a few examples:

The wholecut Oxford is so named because it is made with a single piece of leather. As such, there are no seams, with the exception of the back seam that holds the piece of leather together. The shoes are generally plain and smooth. Wholecuts are considered classic, conservative, and ultra-formal.

The cap toe style is perhaps the most common type of men’s Oxford shoe. It gets its name from the piece of leather stitched across the front toe area of the shoe. Well suited to all but the most formal of situations, if you only have one pair of Oxfords in your collection this is a great place to start.

The brogue is a shoe or boot with a low heel and multi-piece construction. Generally made of sturdy leather uppers, they also feature decorative broguing that give them their name. They were originally considered mainly for work and outdoor use.

The Balmoral is a style of Oxford that features an extended stitched toe-cap that reaches along the side of the shoe in a ‘W’ shape. It doesn’t usually include additional broguing details and makes a great formal choice with a twist.

Saddle shoes, also known as saddle oxfords, are among the most casual of all Oxford variations. They take their name from a decorative piece of leather across the midsection that gives the appearance of a saddle sitting across the back of a horse. They are a great addition to school uniforms as well as a casual shoe for less formal business environments.

Also known as the co-respondent shoe, the spectator is a two-tone type of shoe generally constructed as a full or semi-brogue. Spectators date back to the late 19th century as formal wear for men. They grew in popularity during the 1920s and 30s when people wouldn't dare step outside without being dressed well. Spectators are easily identified by their contrasting toe and heel caps.

Good quality Oxfords are most commonly made of genuine leather, with calf leather considered to be the most supple and long lasting if cared for properly. However, the popularity of the style and its many variations means you can buy Oxford shoes in a range of materials including suede and polished or hi-shine leather.

As for colour choices, black Oxford shoes are the most common due to their formal style. In fact, a pair of black cap toe Oxfords are often considered the quintessential everyday formal and business shoe for environments where men prefer to wear dark suits. The benefit of black is that it goes with just about anything.

If black is not your cup of tea, there are a whole range browns and tans to select from that can be as dark and rich as chocolate or as light and airy as khaki. While not always considered quite as formal as black shoes, brown or tan Oxfords are a great smart choice and look fantastic paired with blue, grey or even navy suits.

For something a bit different, colours such as blue and green allow you to make a statement, although are clearly suited to more relaxed situations than more conservative blacks and browns.

How To Lace Oxford Shoes

By their nature, Oxfords employ a closed lacing that makes for a more formal look. The most popular method is to lace them from underneath so that the lace intersections are hidden under the vamp. The other option is to lace Oxfords from the top. This makes intersections clearly visible and is considered less formal and more showy.

As a general rule, you lace from underneath when a formal reserved look is desired. Think business meetings, weddings, and funerals. Top lacing is acceptable in more flashy, fashion-conscious environments where you want to make a statement.

And there you have it, everything you need to know about Oxford shoes. If you own a pair or two, you own one of the most sought-after shoes in the world.