The Spitfire pictured is a rare WW2 Mk.Vb Fighter built at Castle Bromwich in 1942. It served with 315 & 317 (Polish) Squadrons before sustaining damage on February 13th 1943. It was acquired by the Historic Aircraft Collection (HAC) in 1993 and restored to its original specification and flies in the colours of 317 Squadron. Spitfire BM597 can be found in Hangar 4 at the Imperial War Museum, Duxford.

The Spitfire has also starred in many films and TV productions including Battle of Britain, Time Team, Pearl Harbor, The Goodbye Plane and Foyles War.

"I have found the Herring Burgh with its style quality and uncompromising performance the ideal boot to fly the Spitfire and to wear around base." 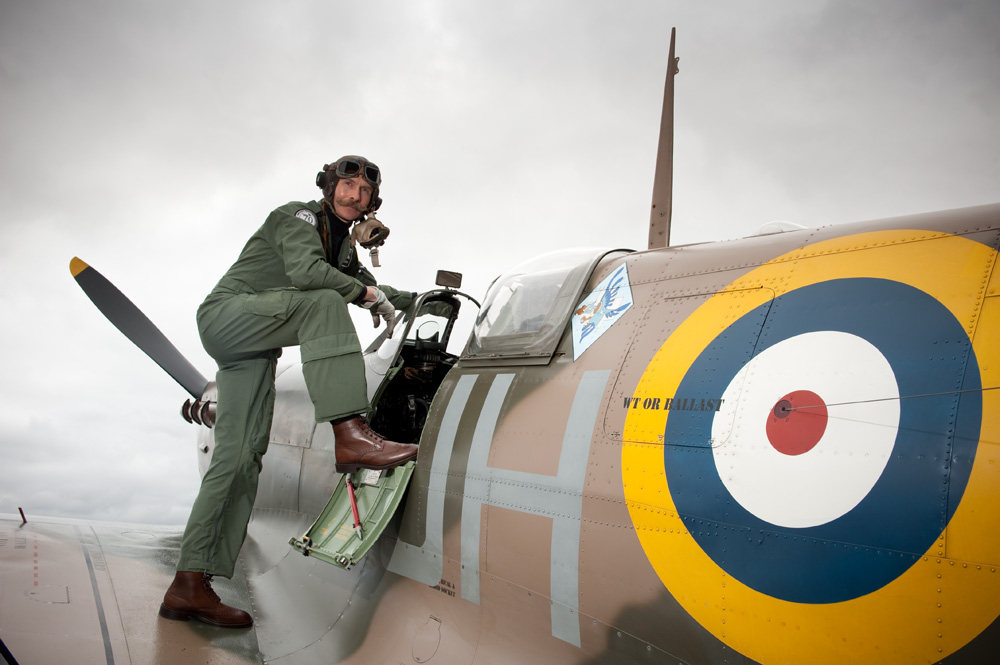 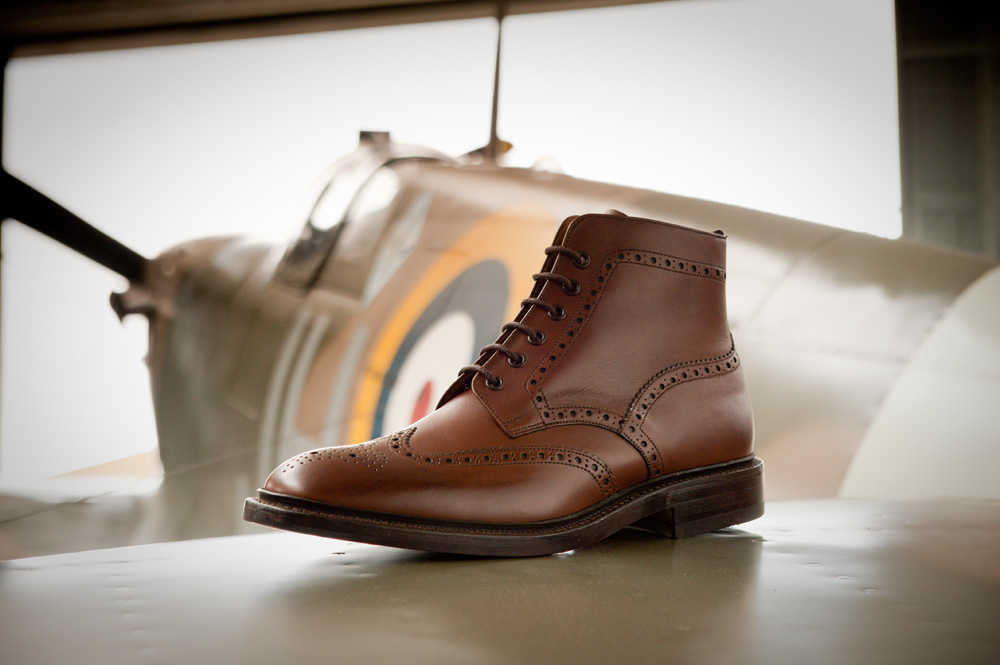 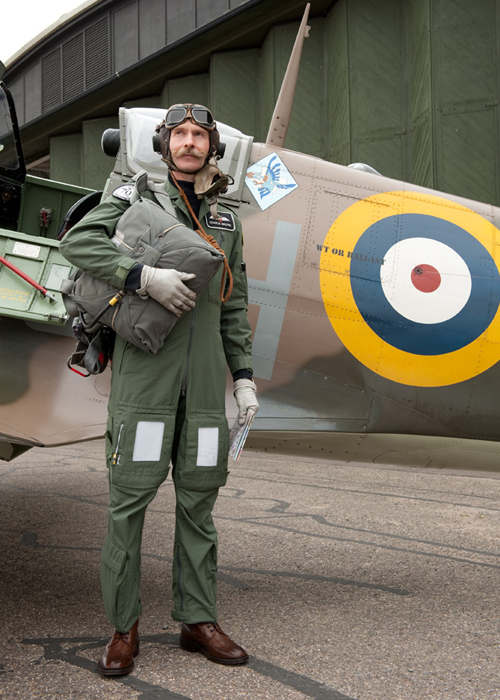 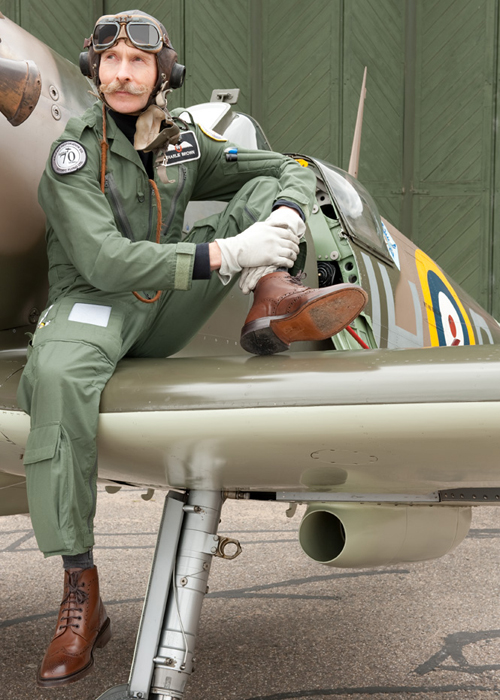 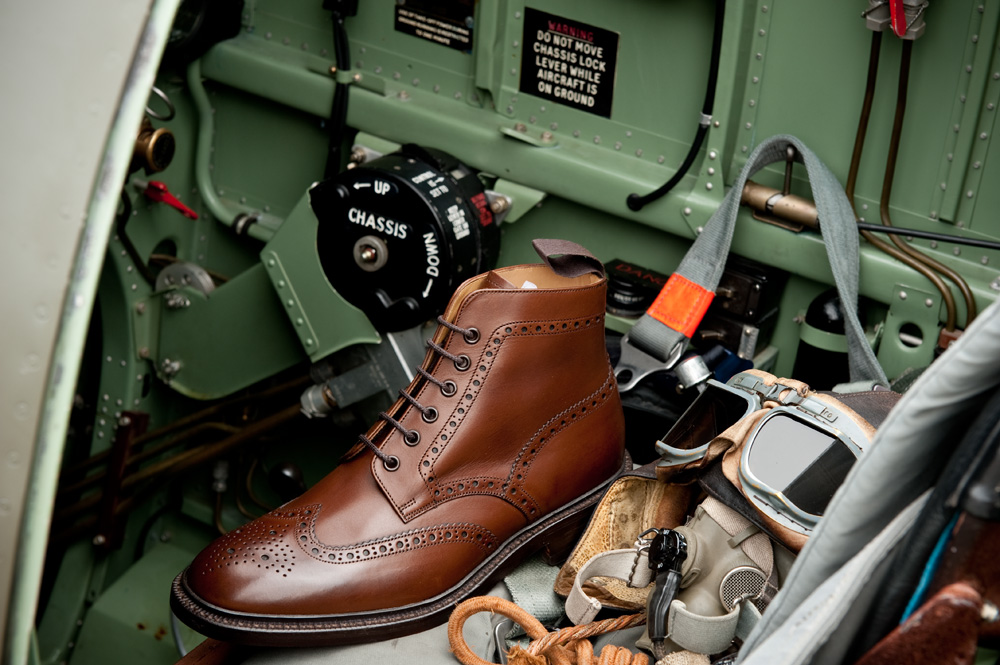 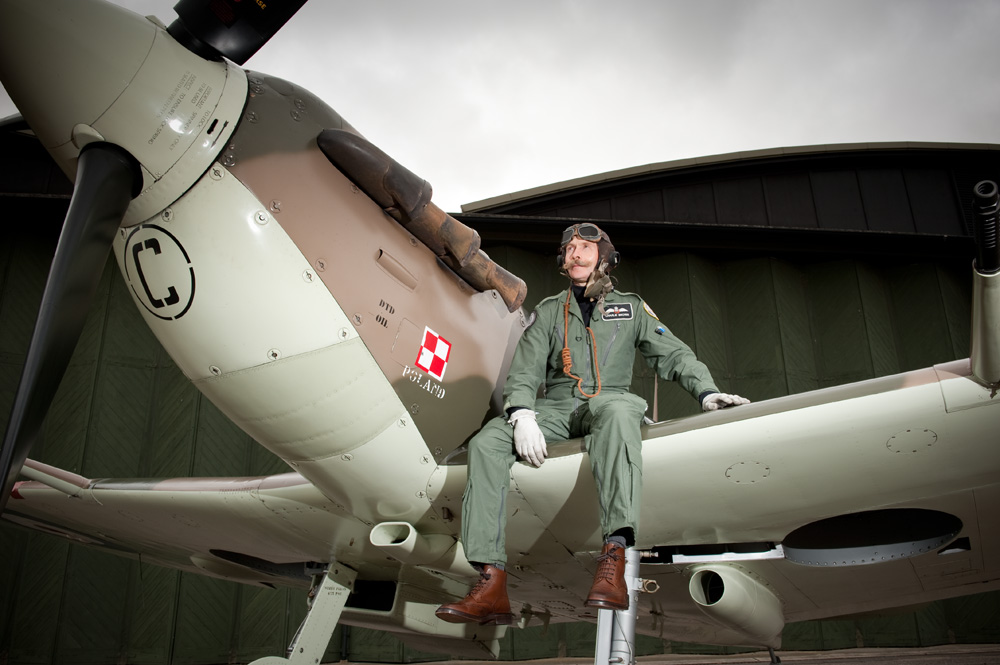