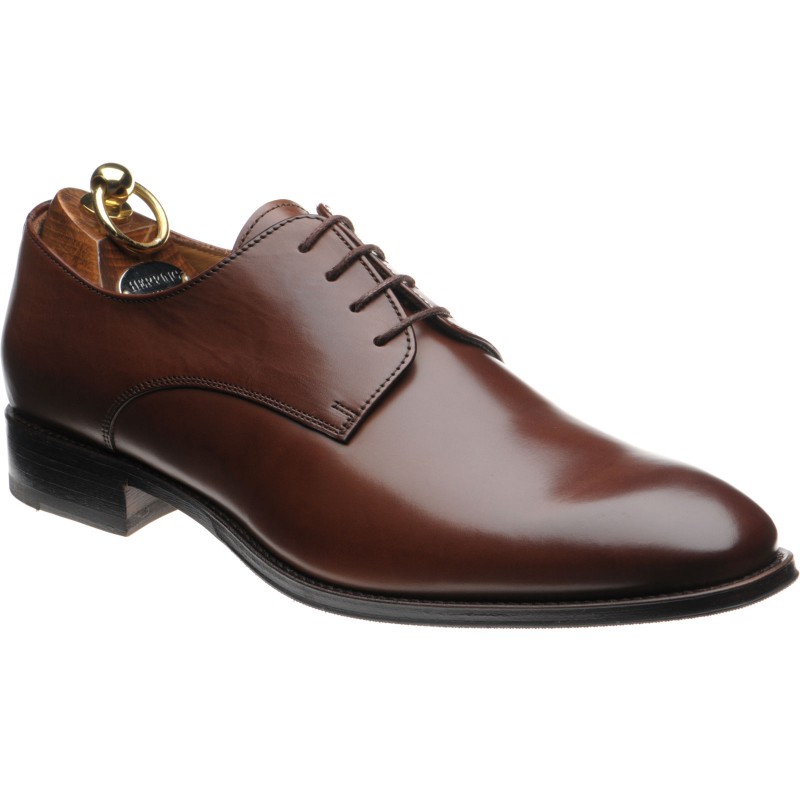 There cannot be many shoe styles that have as many names as the simple Derby. In America it is the Blucher and in the UK it is the Derby or less often the Gibson.

A Derby is defined by the way the lacing and eyelets close the shoe. The closing panels are sewn on top of the vamp giving the shoe a more solid appearance and more room for the higher instep than an Oxford, which lends itself well to more rugged styles.

The Derby is often confused with the Oxford, as some versions can look similar at first glance. However, where the Oxford is considered exclusively formal, the Derby is a more versatile choice of footwear that can be dressed up and down. 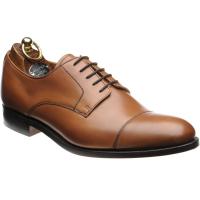 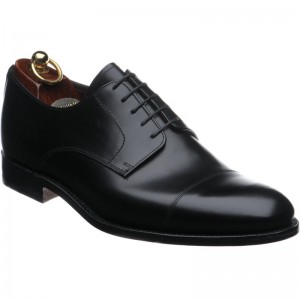 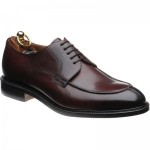 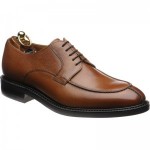 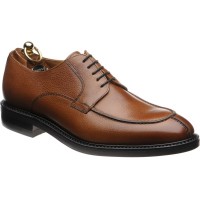 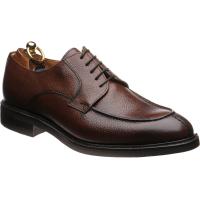 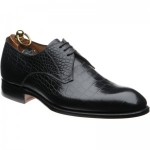 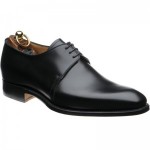 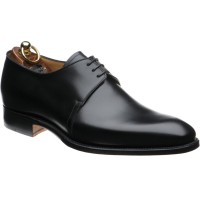 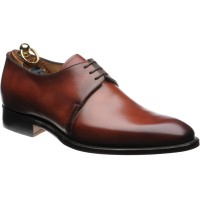 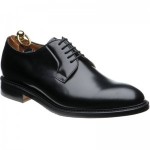 The History of Derby Shoes

Like so many shoes we wear today, the history of the Derby is neither fully known nor understood. Some of the earliest references to the shoe date back to the Earl of Derby, a 12th century earl originally born Robert de Ferrers. Others say that the shoe did not come into being until a new Earl of Derby in the 14th century needed larger shoes to accommodate his unusually large feet.

However Derbies came into their own as popular hunting and sporting shoes during the mid-19th century. The style we recognise today as being a Derby may have originally been intended as military footwear during the Napoleonic wars.

It is believed that this reference relates to how the quarters and vamp of the Derby allow the shoe to expand as the foot swells, making it more comfortable for people with larger feet. If true, it would explain why the Derby was thought to be military footwear. Soldiers' feet swell in the heat of the day as they march, making them uncomfortable if their boots don't expand accordingly.

Defining Features of the Derby

The defining feature of the Derby is its open lacing system. Many people describe the difference between the Derby and the Oxford as being about nothing more than where the eyelets are stitched. But there is actually more to the Derby than that.

In order to achieve the Derby's open lacing system, the quarters are actually sewn on top of the vamp. The eyelets are sewn on top as well. However, it is the position of the quarters and vamp that leave a slight gap even when the shoes are laced up. This is why the lacing on the Derby is considered 'open' lacing.

By contrast, the quarters on an Oxford shoe sit underneath the vamp. This creates a closed style that makes for a tighter tie and no gap. The Oxford's closed lacing system also creates a more snug fit and a shoe that will not expand so easily as the foot swells.

It is worth noting that the open lacing system is considered more casual while closed lacing, with its neater and more streamlined look, is thought of as more formal. This explains why Derbies are considered the more casual choice of the two styles.

Variations of the Derby Footwear Style

Your average Derby is defined by three primary characteristics: open lacing, quarters that are sewn together at the heel and under the vamp, and an exposed ankle. Outside of these three characteristics, there are lots of variations one can create. Below are just a few examples.

The cap toe Derby features a toe cap that may or may not be the same colour. The existence of the toe cap makes this variation somewhat less formal than the plain Derby, so you might not see it with the most formal wear. In terms of embellishments, any broguing is usually limited to the edge of the toe cap itself.

The plain Derby takes its name from its obvious lack of embellishments. This is a very simple shoe that is easily recognisable as a Derby due to the three primary characteristics. But other than that, there is little else going on. It has no heel caps, no toe caps, and no broguing.

Black is normally the colour of the plain Derby, though you can also opt for browns and greys. Suede and black patent leather are the two most common materials to make them.

The brogue Derby is quite simply a Derby shoe with brogue detailing included in its design. Brogueing refers to the small perforations in the leather and can be anything from a simple design applied only to the toe area, to a full brogue which has perforations around the sides of the shoe.

Brogue Derbies are a great smart-casual choice, adding interest and detail to any outfit. Whether you opt for a sleeker style of Derby, or something a little more rugged, brogueing helps to add even more personality to the shoe.

A wingtip Derby has a pointed toe cap in the shape of a 'W' or 'U'. Sometimes the toe cap also has extensions that run along the sides of the shoe to the heel cap. This is where the wingtip name comes from. They look very similar to wingtip brogues, except for the position of the quarters in relation to the vamp and eyelets.

Wingtips usually feature broguing on both the edges and centre of the toe cap. In cases where the extensions don't reach all the way around the back of the shoe, you may find heel caps with additional broguing.

There are a full range of additional variations including apron toe, Norwegian Derbies, and spectators. Suede Derbies are another popular option for a more casual look. What is most important to have a true Derby is the open lacing system and the position of the quarters above the vamp.

How and When to Wear Derbies

It is generally accepted that the Derby is much less formal than the Oxford. However, in a day and age when more people are content to wear military boots, work boots, and athletic shoes, it's fine to save your Derbies for formal occasions.

The fashion industry today prefers to think of the Derby as a crossover shoe that successfully straddles the fine line between formal and casual. In fact it’s one of the few footwear styles that is genuinely as suitable for both.

Wear Derbies with day suits or casual outfits. Plain derbies are considered the most formal of all variations, so reserve those for your more formal use. Some of the other variations work well with khakis and denim alike, making them very versatile in casual or relaxed settings.