Theo Started his career at 16 as a tea boy/filing clerk with Lloyds of London and by 23 he had set up his own company.

In the following years he purchased and turned around ailing companies like Movie Media Sports, Ryman, Contessa and La Senza.

He spent 8 years as Chairman of Millwall FC and was also a Director of the Football League and an FA councillor.

Recently he has been making investments as one of the Dragons in the TV series Dragons' Den.

We met up with Theo to fit him with a selection of new Herring shoes for his upcoming new business TV programme and presented him with a Herring Valet box.

UPDATE: July 2014
We met Theo at his offices to catch up and fit him with some new shoes. The tweed bag and shoes definitely caught his eye.


"It was great to meet Adrian and choose from his fine designs of English handcrafted shoes." 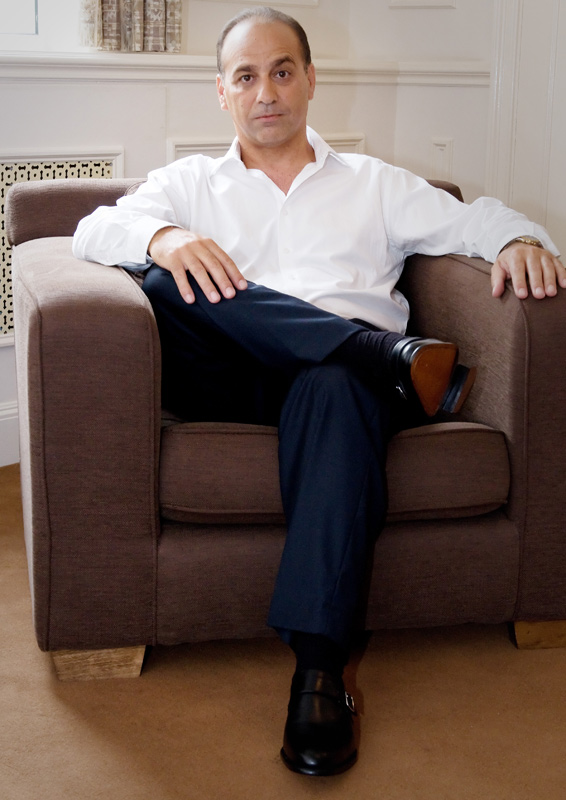 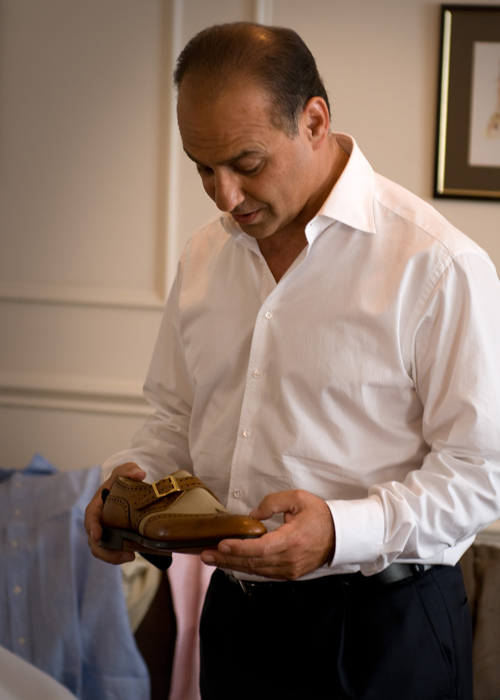 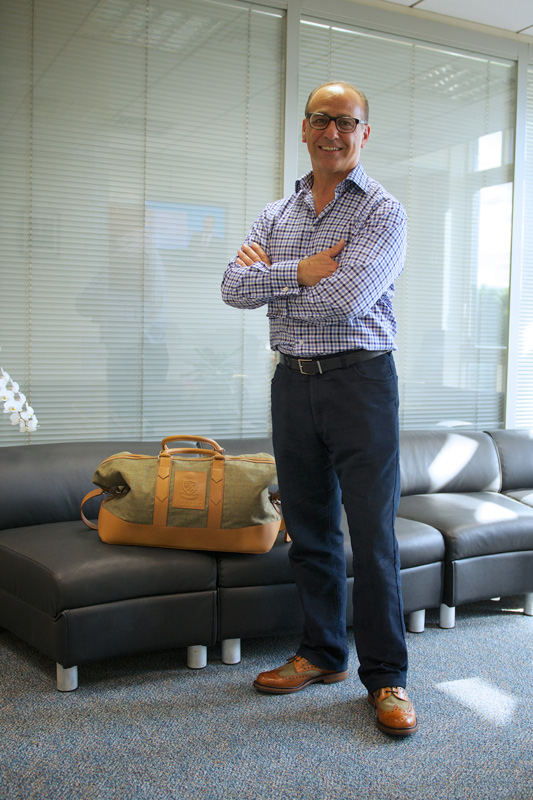 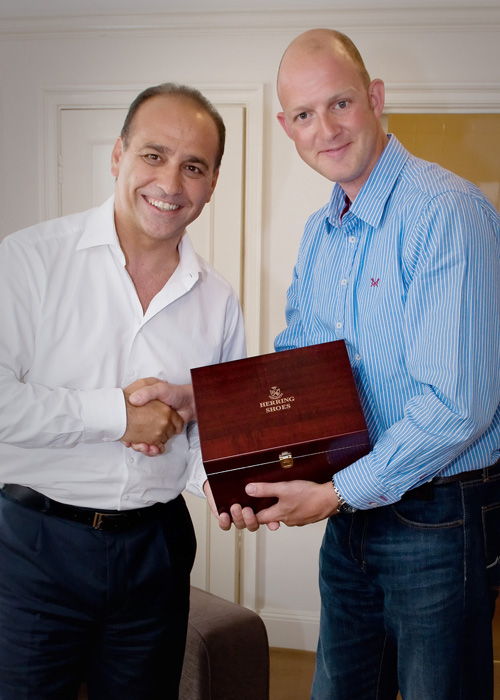