It's a great time to buy, USD is 10% stronger than January 2020 and we can still deliver worldwide

When Herring Shoes chooses its ambassadors, it’s not just about how many goals they’ve scored, businesses they have run or medals they hold. Herring is looking for passionate people with integrity who, quite often, do not think themselves suitable to be an ambassador.

Tim Boughton fits that criteria perfectly. Despite the knighthood and all the acronyms after his name, he insists on being called Tim, is very modest about his accomplishments and really wasn’t sure why he had been asked to be one of our ambassadors.
Without embarrassing him too much, his military CV with the Army and Navy is enough to make him a hero, but he would argue otherwise drawing attention to the other servicemen and women he has served with in the war zones of Bosnia, Afghanistan and Iraq among others.

His 20-year military career, firstly as an Army officer in the infantry and then as a Commando pilot in the Fleet Air Arm, has seen him serve in nearly every conflict zone since the end of the Falklands War. Tim knows the impact that service in conflict can have from a first-hand perspective on the ground and in the air.

Therein lies the passion that drives Tim on. First and foremost, he loves flying. His passion for flying came at an early age watching air shows and then developed into a career as well as hobby.

As a serviceman and Commando pilot though, he was exposed to scenes some of us cannot even imagine. His work has helped save people’s lives, he has transported critical personnel and equipment, and delivered many troops to their missions. In his words, his flying became “very meaningful”. However, it led to him suffering from post-traumatic stress disorder (PSTD) on leaving the military in 2008. He recovered quite quickly, going on to mentor others with PSTD and with it, igniting his passion for mental health issues.

What strikes us about Tim is that he is a ‘doer’. He does not simply have a passion for mental health issues; he does something about it. He is a trustee of the Oxford Mindfulness Centre, he helped The Samaritans boost their fundraising base from £300,000 to £3million through a successful LIBOR grant, he is working with an all-party parliamentary group to tackle mental health issues with the forces and emergency services personnel being one of his key concerns. In short, he is effecting change.

This no-nonsense, thinking-outside-the-box attitude made him a useful man to have around in the diplomatic and corporate world. Knighted for diplomacy within the Caribbean realms on behalf of Her Majesty’s Governor General in 2014, he has become the reliable ‘go to’ figure for many governments. His time spent in private banking and the financial world has broadened his ability to connect in the commercial sector and provide advice on openings and joint ventures not seen, nor thought of. He has been recruited to challenge boards and expand their thinking and has often been used to sit alongside many CEOs and their teams to deliver direct and intelligent thought around the plans that they may have.

His passion though remains with flying, mental health and charities, and for that we salute him – he has personally raised millions for UK charities. We also like the fact that he does like a good pair of British shoes.

“One of the problems with working in the city or outside is that I go though shoes like a knife through butter! I’m a great believer in you pay for quality and that’s what you get from Herring. They are a small company that has established themselves as classic shoe designers in the UK. Jason (Simmonds, Herring Shoe’s MD) has that passion for what Herring stands for in spades.”

Tim added: “Passion comes from within, whether it is flying, helping others or watching the true craft of shoe making. There are few artisans and companies left that can articulate this passion so well and Herring Shoes is one of them. They strive to achieve the best they can, not only in customer service (which is a given), but also in the design and comfort of their shoes. I cannot recommend them enough…whether in the air or on the ground.” 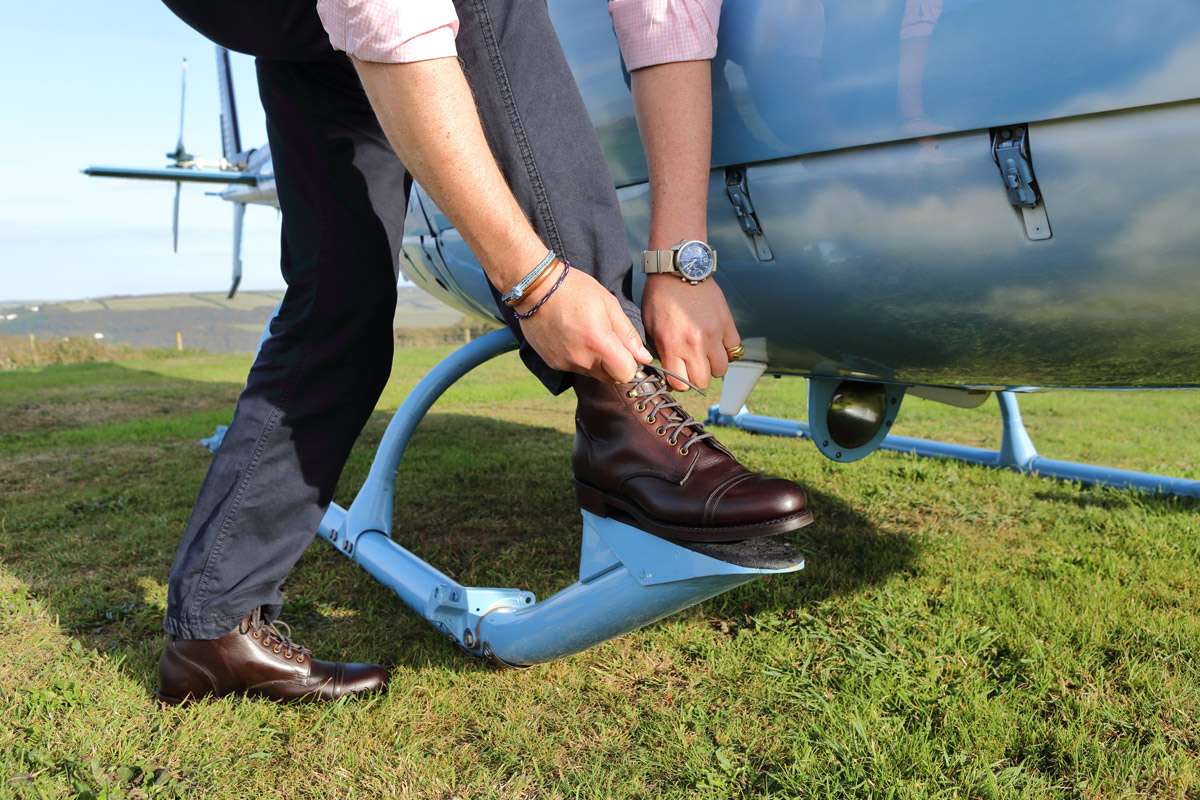 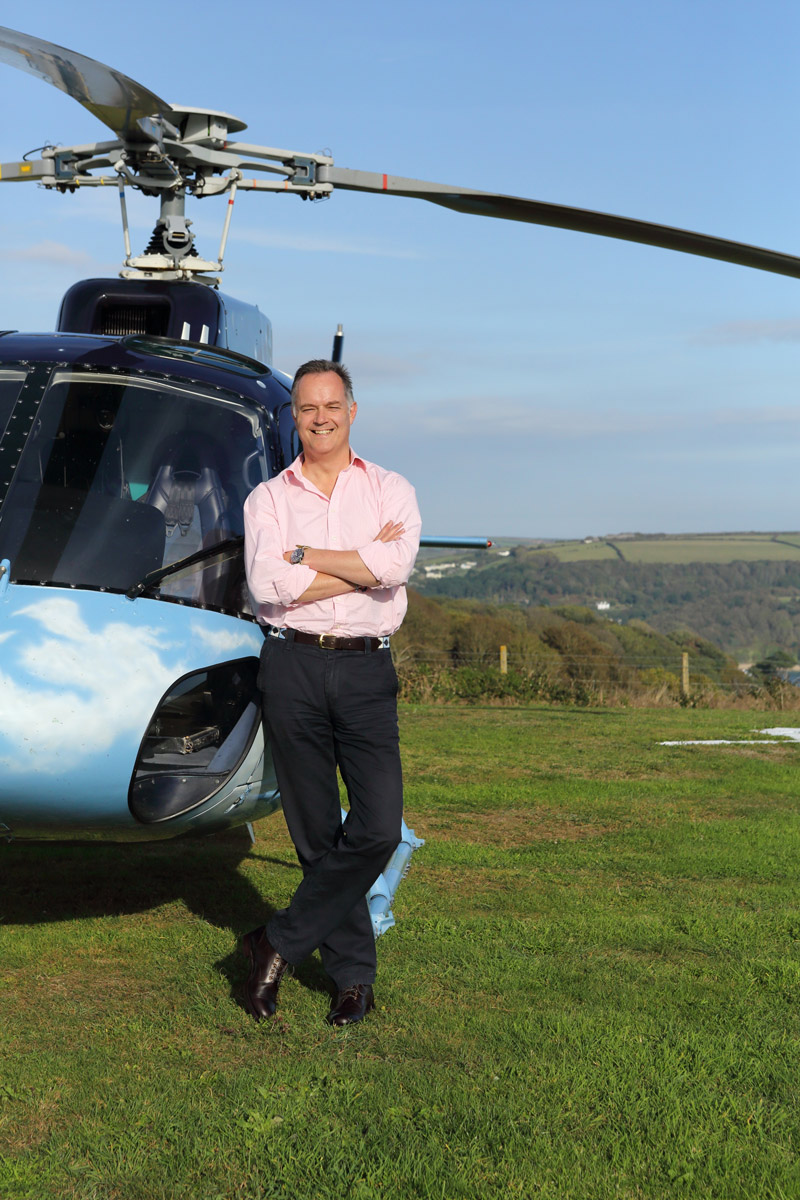 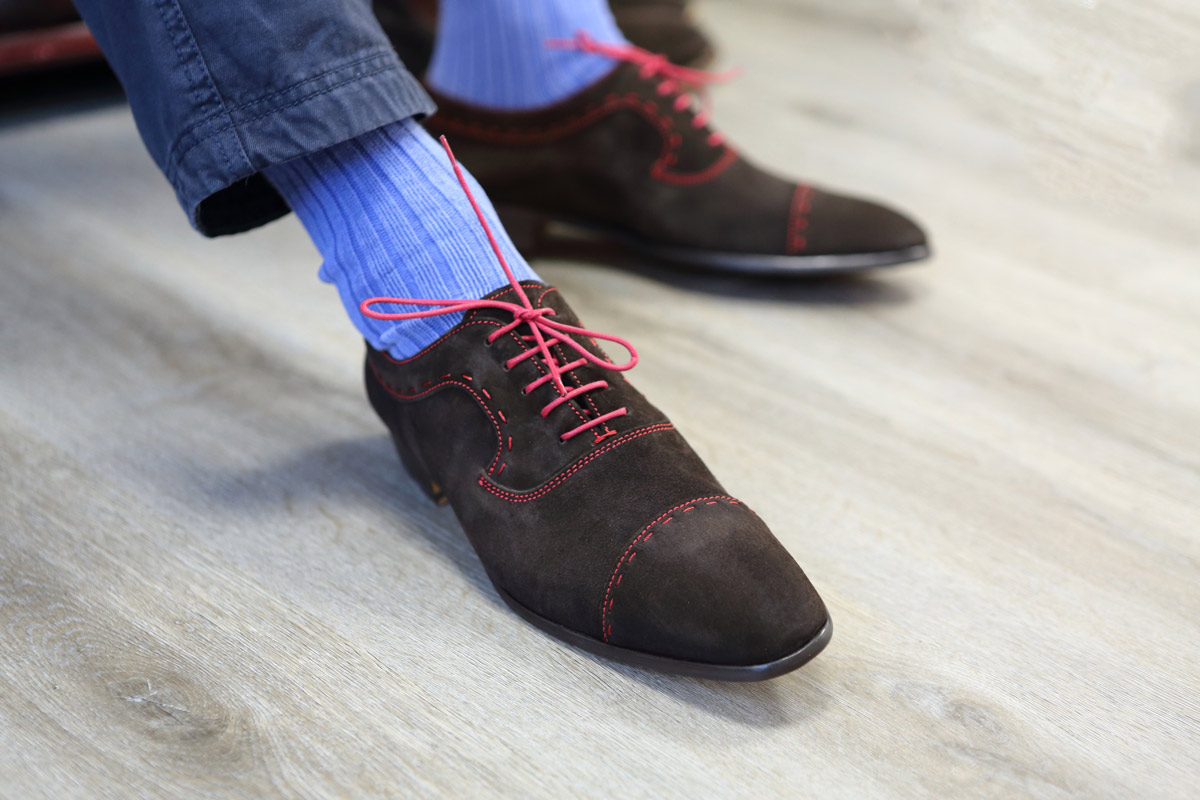 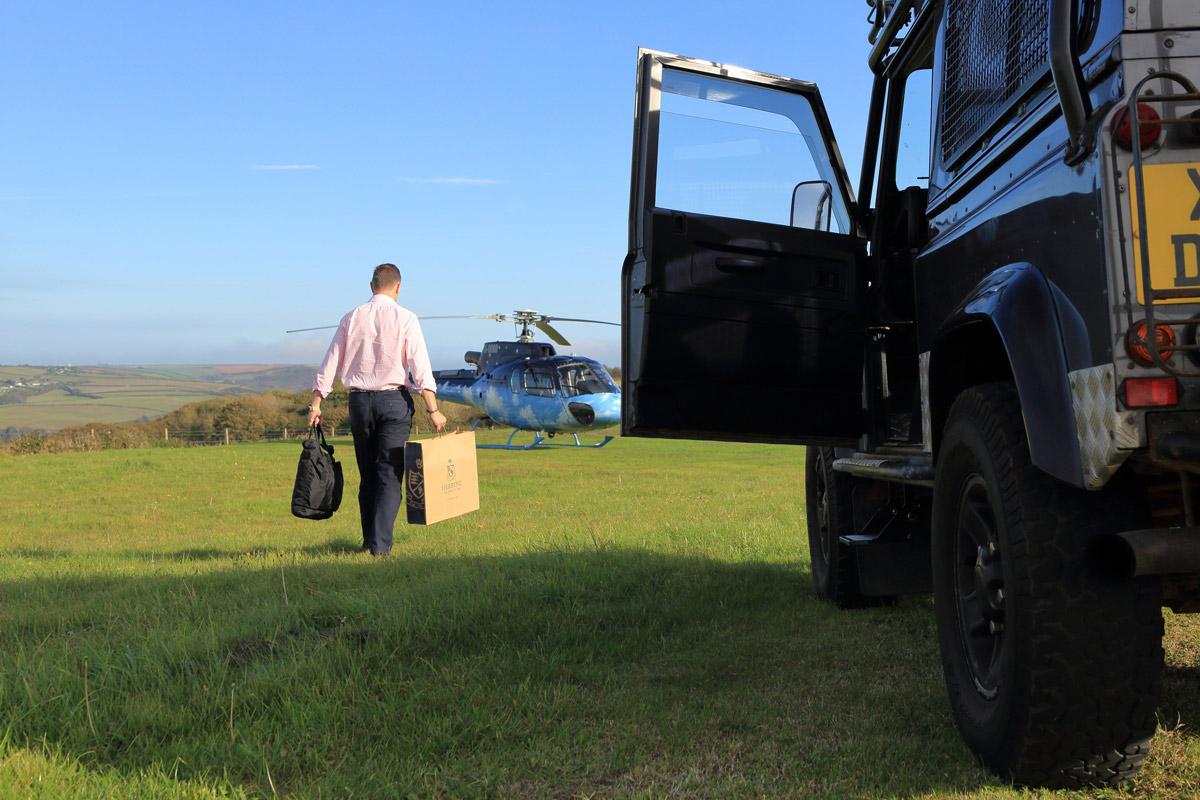