When it comes to patience, Ben Moon has it in spades. He patiently went about his day-to-day job as a prop for Exeter Chiefs before finally getting his call-up for England last year at the tender age of 29.

Cue a flurry of articles about England’s newest recruit with descriptive terms, such as “cornerstone”, “mainstay” and “unsung hero” liberally applied to illustrate Ben’s longevity at the coal-face of the front row.

Currently hoping to get recalled to England’s match day squad for the Six Nations, Ben understands he must continue to work hard to be worthy of adding to his four international caps.

Hard work is not an alien concept to Ben. Born in Tiverton, he grew up in rural Devon where he spent every spare moment of his time on his best friend’s farm in Burlescombe. Still best friends today, dairy and beef farmer Dan Reed made Herring Shoes feel very welcome at Barton Farm keen to support Ben who he described as “more like a brother”.

As a youngster, Ben was in charge of the calves, but was happy to turn his hand to any other chores required of him. When Exeter Chiefs were still in the Championship and only training in the mornings, Ben would jump in his car and head back up the M5 to work with Dan for the rest of the day, thereby joining a long line of rugby players who hail from farming stock: Julian White, Tom and Ben Youngs, Phil Vickery…oh, and Richie McCaw, to name a few.

When not on the farm, Ben attended Uffculme School where he started playing rugby at the age of 12. His uncle Ivor was already playing for Cullompton RFC, so Ben followed in his footsteps there until Dan’s dad and coach put him forward for Devon U15s trials. Regional trials followed where he caught the eye of one of Exeter’s scouts. He joined the Chiefs’ Academy but had to move away from home to attend Ivybridge College in south Devon.

Ben would join the Chiefs squad for training days and the odd second team game, but as a July baby, he was young for his year and scrummaging at senior level should not start until a player is 18.

“I had to get a letter from my parents giving the club permission to let me scrummage at the age of 17!”

Ben went on to play 20 games in the Championship for Exeter Chiefs making him one of the ‘Originals’ that played in the season that saw them win promotion into the Rugby Premiership. There are now only three left at the club.

He made his Premiership debut as a replacement when Exeter Chiefs opened their top-flight account against Gloucester at Sandy Park…and won. This game proved Chiefs had earned the right to be playing the big clubs and they were not going to go straight back down to the lower leagues as expected.

“It was a really emotional day and I was so glad I was a part of it. That first win meant a lot to the club.”

Still just a youngster in prop years, Ben made his first Premiership start against a formidable Northampton Saints front row packed full of internationals, including the current England co-captain Dylan Hartley. From then on, Ben has been honing his skills, learning from experienced players that have joined the club and from those he has butted heads against in the scrum.

Exeter Chiefs’ impressive success has seen them play in three Premiership finals, winning the second one in 2017.

“The final we won is obviously the highlight of my Chiefs’ career, but it would have been nice to have done it the year before. My dad passed away after that one. He missed out on seeing us win. He would have loved it.”

His father Alan also sadly missed seeing his son win his first England cap. At 29, he may have thought his chance of international duty may have passed, but having bided his time, he received the call he had dreamed about…well, kind of.

“I thought it was a joke! I was at a children’s party and my phone did not have good reception. Henry (Slade) said England were trying to get hold of me but I didn’t believe him until I saw there had been a call from an unknown number.

“It’s all still quite surreal. I’m still in the mix but I need to keep my head down and focus on working hard.”

Ben made his debut against South Africa at Twickenham in front of 82,000 fans and a large contingent of the Moon clan, including his beloved and eternally supportive wife Laura, son Findlay, aged five, two-year-old Mabel, his mother, uncle, in-laws, and a few Reeds too.

“When you run out, you try not to think about the occasion too much; it’s too easy to get caught up in the emotion of it all, but it was a hell of a feeling!

“Family is really important to me. It was great they could be there. It makes it hard when I am away now though but it’s only short lived.”

With half an eye on the Rugby World Cup this year, the ever modest and unassuming Ben is concentrating on the immediate challenge of trying to get into the match day squad for the Six Nations.

“I would love to be involved in the World Cup. It’s obviously a dream of mine, but there is work to be done before then.”

Off the field, Ben coaches Cullompton’s colts, with Dan of course, and the younger players at Wellington School. He is uncertain where his future lies after rugby, although Dan seems keen to get him back on the farm on a full-time basis! 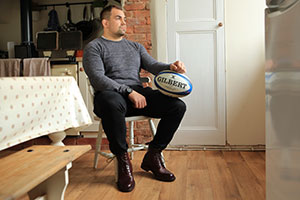 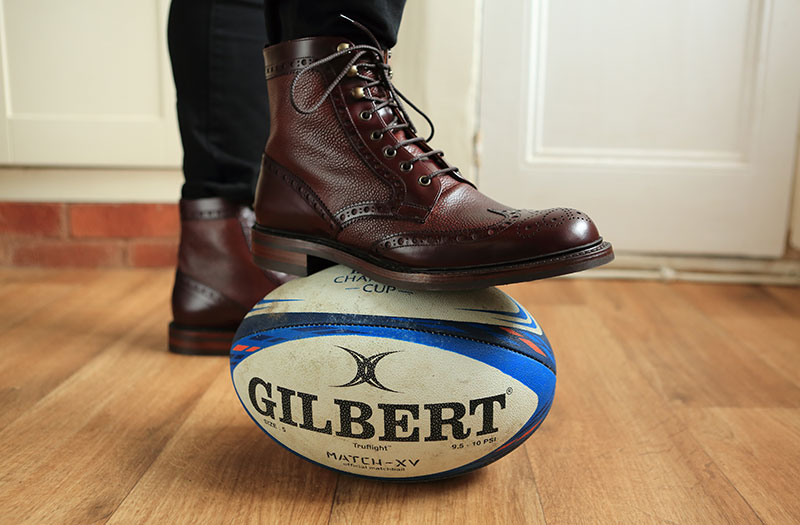 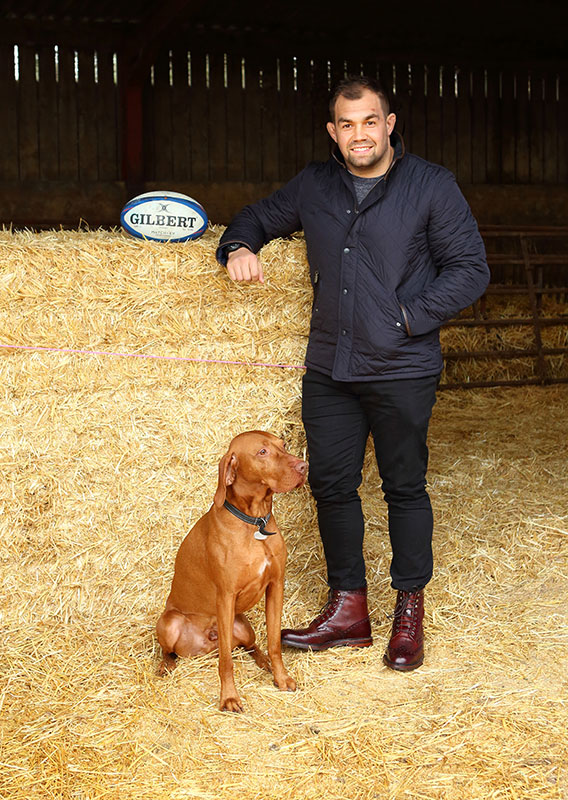 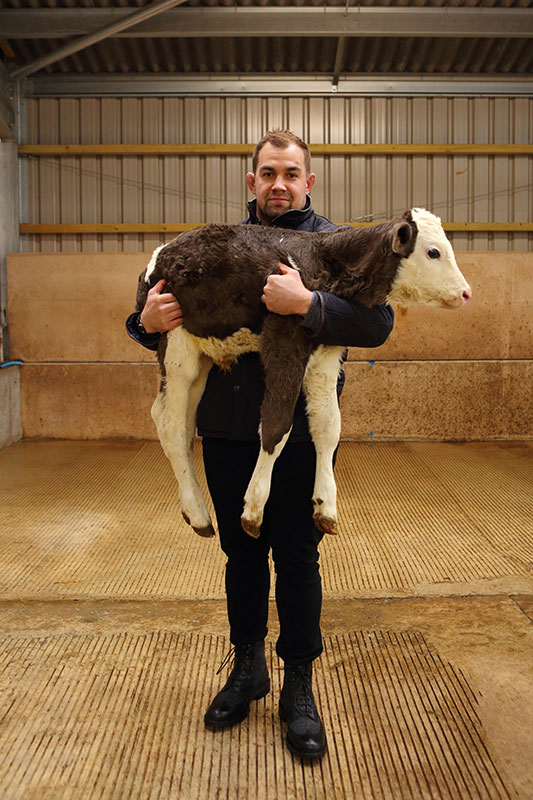 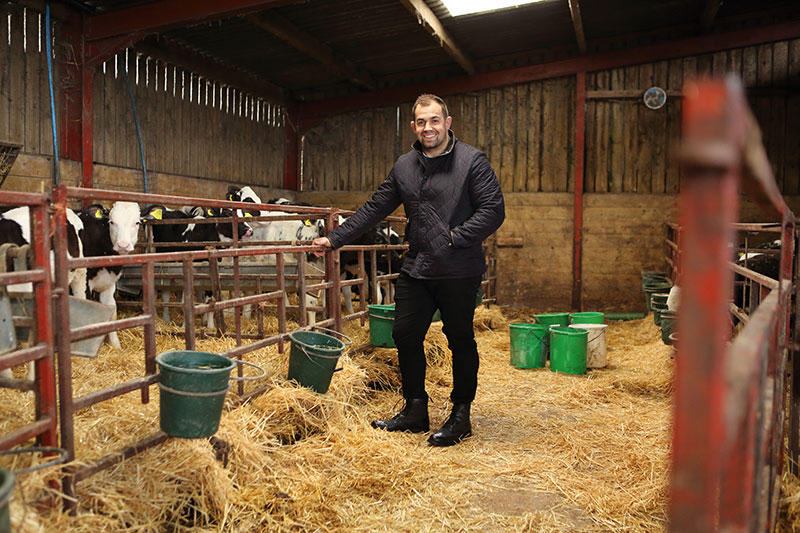